Suvereto Sangiovese DOCG
The 100% sangiovese Tuscanio Rosso is a local version of sangiovese grosso, the famous grape of Brunello di Montalcino. Reds from this property have a little more body than wines from Bolgheri — think velvet instead of silk — with supple tannins that won’t overpower your dinner. Aged for a year in French oak barriques, this is a complex and detailed wine with ample dark fruit enhanced by notes of coffee, cocoa, hazelnuts, and pepper. You may notice a remarkable similarity to some Brunellos, but for a fraction of their price. This is a wine that can age, and which would benefit from decanting if you’re going to drink it with fall’s first roast or braised meat.

The 2015 Bulichella Tuscanio Rosso is an intense ruby ​​red with purple reflections. You’ll note a variety of aromas, predominantly plum and blackberry along with toasted hazelnut and vanilla. This is a rich, full wine, with thick and soft tannins. It’s perfect for seasoned cheeses, game and roast meats. 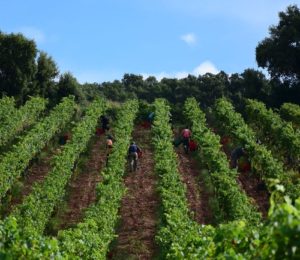 Be the first to review “2015 Bulichella Tuscanio Rosso” Cancel reply